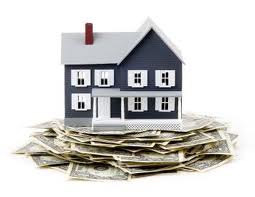 Realtytrac just released its U.S. Home Equity & Underwater Report for September 2013 and the news was encouraging and gives many homeowners hope.

While the report shows that more the 10 million homeowners nationwide are still underwater and owe at least 25 percent more on their mortgages than what their properties are worth, another 8.3 million homeowners are now only slightly underwater or above water, which puts them on track to have enough equity to sell sometime in the next 15 months without resorting to a short sale.

In Florida, Realtytrac shows that 40 percent of homeowner's are deeply underwater with a loan-to-value of 125 percent or higher, which ranks the state third nationally.  On the brighter side, 13 percent of homeowners in Florida were resurfacing and now have, or soon will have equity.  On top of that, another 12 percent of Florida homeowner's are considered "equity rich" with a loan-to-value of 50 percent or lower.  Another interesting find is that 15 percent of Florida homeowners currently going through foreclosure have equity in their homes, which suggests that many people are unaware that they are no longer underwater with their mortgages.

With 18 straight months of price increase and home values increasing more than 50 percent over the same period, many homeowners are in a much better position than they may think.  This is great news for many people looking to take advantage of still historically low interest rates and reasonable home prices.  Many homeowners who were deeply underwater just a few short years ago are now able to sell their homes and move up to a bigger home in a better neighborhood or school district.

Verify the value of your home,
maximize your investment and see local market activity.