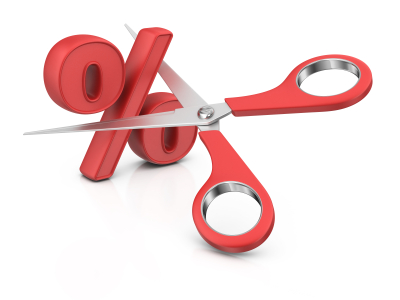 
Last week the Federal Reserve made a surprise announcement that it will continue purchasing $85 billion in securities a month to push down on long term interest rates. The decision came as a shock to many economists who believed the FED would start tapering the program down. Since May, the mortgage industry has been dealing with fluctuating interest rates due to speculation that the FED's would cut back on the asset purchasing program. After the decision was announced, interest rates dropped almost immediately, which gives home buyers another chance to lock in low rates.


According to Bankrate.com, current 30 year fixed mortgage rates are as low as 3.9 percent, while 15 year fixed rate mortgages are currently at 3.34 percent. Interest rates, which had increased from about 3.5 percent in April to over 4.5 percent recently, are expected to halt their upward progression, which will more than likely prompt more people to get into the home buying market.


While the ongoing stimulus program has supported growth by pouring cash into the economy, it simply can't last forever. The Fed wants to start tapering the program back in order to return to normal monetary policy. There is a concern that if we do not begin tapering back the unconventional stimulus package, that cheap and abundant money could fuel inflation and create bubbles in the housing and stock markets.


What does all this mean for potential home buyers? The drop in rates gives hope to many consumers who felt they missed out on locking in low interest rates. Mortgage lenders reported an immediate upswing in the number of applications for both new mortgages and refinances. The party may not last long though, because the Fed meets again in late October and could vote to slow the pace of bond purchases. Once the decision is made to taper the program back, mortgage rates could move up sharply.  Although it's unlikely that the Fed will make the decision to cut back in it's next meeting, it is inevitable that it will happen in the future. Home buyers who do not want to take the risk of rising interest rates should seriously consider making the jump into homeownership now, while rates are stable.


The first step in purchasing your next home is to talk to a trusted mortgage broker who can answer any questions that you may have and give you expert advice as to what may be best for your situation. Feel free to contact us and we will be happy to put you in touch with a trusted lender who will be happy to give you the advice that you need.